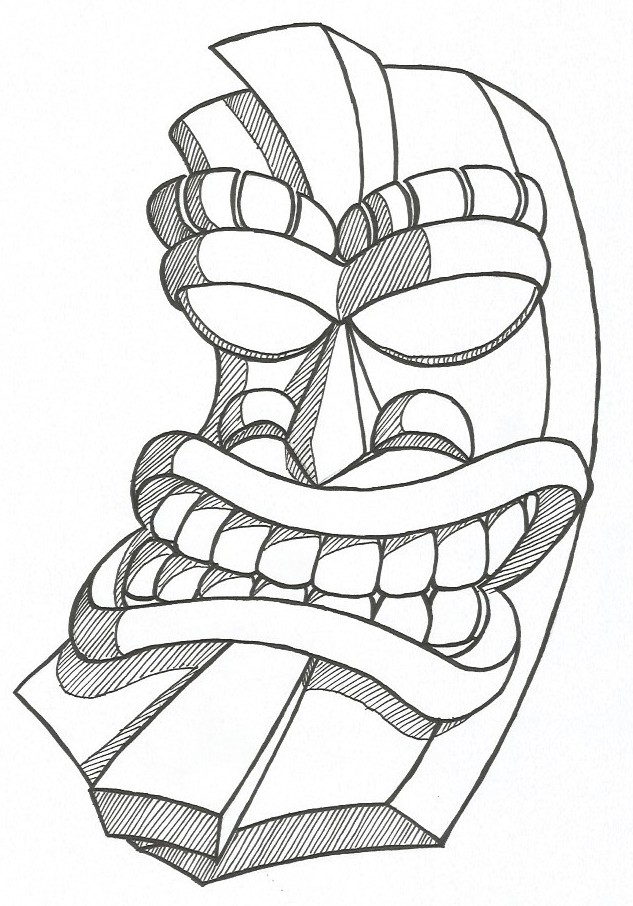 A tiki mask is a really fun design to draw, and one that you can vary in a million different ways. If you need some inspiration, there are literally hundreds if not thousands different ones out there. Just do a quick Google search, or look somewhere like Pinterest, and you’ll find a plethora of drawings or pictures to draw inspiration from. Often times the actual mask is accompanied by a selection of leaves, flowers, flames, spears etc. All depending on how dramatic and colourful you want to get, I suppose… 😉

In this case, I decided to go with quite a basic design, cause I like the clean black lines. I might decide to do a different version later on, with some more embellishments, but for now, here’s the basic version.

Some Steps From the Process

As you might know, I sometimes do like to include a couple of the steps towards the actual finished piece. I do this for a couple of reasons. First of all cause I, myself, am always curious about the process behind things, but also, because I have the (perhaps foolish) notion, that it might actually be helpful to somebody.

I remember when I was starting out, that I would often look at these pieces of art that I liked, and I’d be kind of baffled and overwhelmed by the finished result, which is often all you get to see. So for me it was a great help (and still is) to see other artist’s rough sketches and ideas. This way, I can get a glimpse of what a messy process it usually is to create something, whether that something be a picture, a sculpture, a piece of music, a quilt or a dish in the kitchen… Creativity comes in MANY different forms, and all of them start out as a basic idea, and go through any number of steps before emerging as the final creation.

Now keep in mind, that this is not a lesson. If it was, there’d be a lot more pictures, and explanations. This is just a tiny glimpse into my process in creating this piece.

I started out, as I usually do, with a pencil sketch. Now at this point, I’ve already worked on it for a while, and have done a lot of erasing and adjusting, but you can probably tell, that it started out, as a basic, although somewhat skewed, box, and then I just gradually added the details from there. 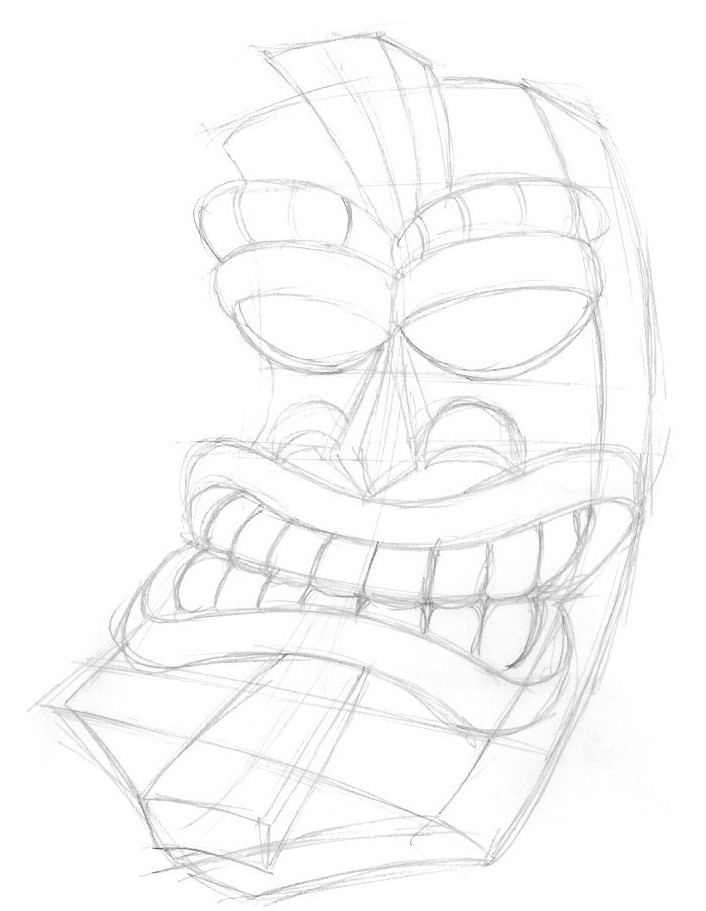 From here on, it’s all about going over all the lines I want to keep with a fineliner. Then erasing all the pencil, and finally Thickening up the outside lines, and adding the shading.

And then I’m left with the finished result, as you see it here.

As I mentioned, this is not a lesson. But I still hope you got something out of it. If nothing else, just a reminder, that nothing comes out finished…

So until next time, keep drawing, keep learning, and remember that drawing is skill – Let’s learn it!